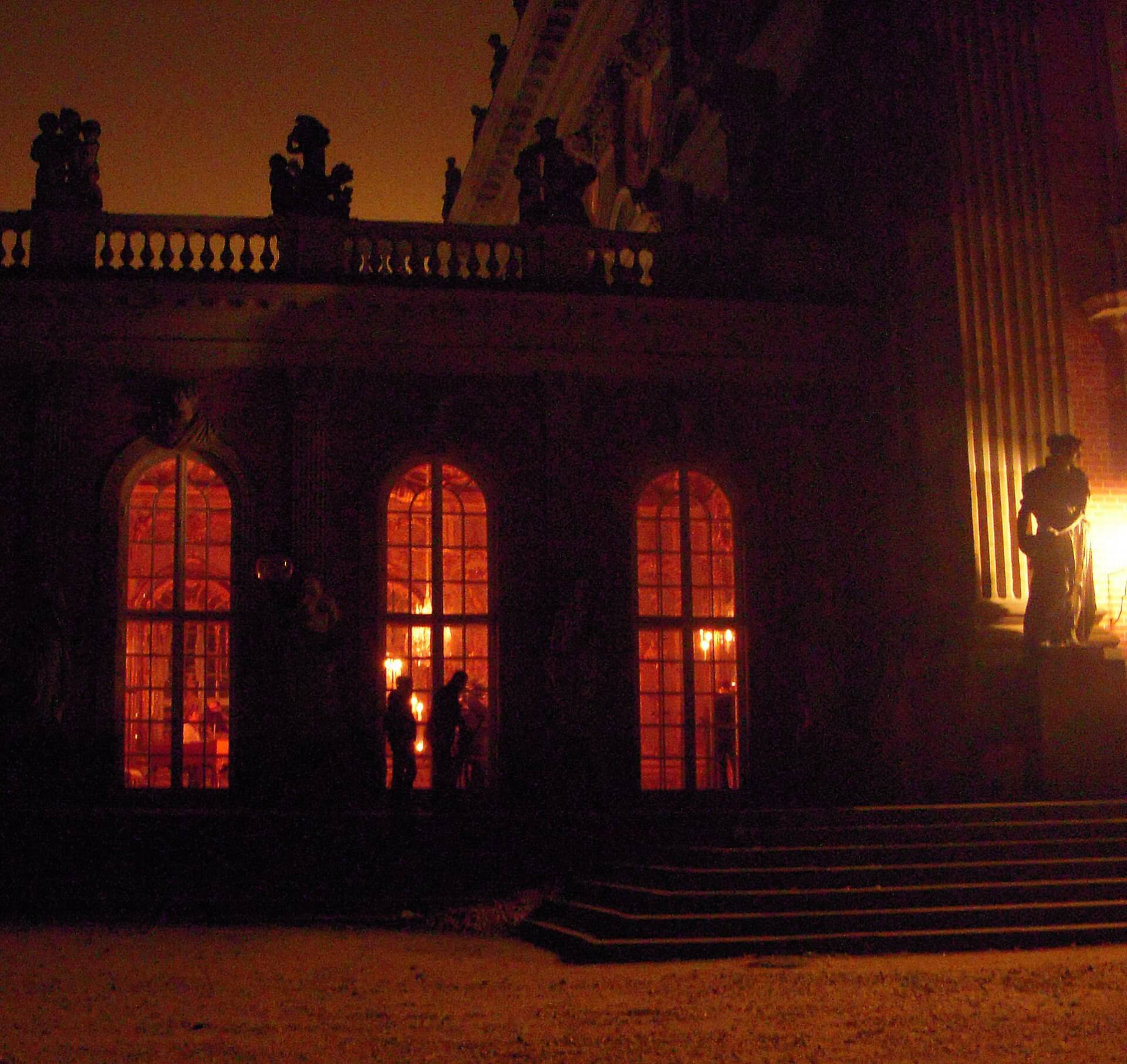 Let there be light! Lighting and its Impact on Historic Interiors

To have fire at one’s disposal meant power to the earliest human beings. Fire was not only equivalent to warmness and energy, but it was light and therefore safety. Despite all changes of civilisation light – and especially lightening – stayed something highly costly until the technical revolution of the 19th century. Light became a central element of the arts or it served as a symbol of the liberation of the mind (enlightenment). In the 18th century for example when the nobility turned night into day with great effort this controlling the darkness was one way to express social superiority.
Like everything precious and supporting magnificence the technique and facilities of room lightening has also received considerable attention in palaces. Records on light regulations expressing the hierarchy of different kinds of light at court and refined lighting methods bear witness to an art that – due to technical innovations in the 19th and 20th centuries – is hardly understood nowadays. But despite advanced technology, the lighting of historic museum palace interiors is a central problem today. To light works of art properly for quickly passing visitors is seemingly at odds with atmospheric lighting, energy saving regulations require unusual light sources and the widespread aesthetic of photographic images create visual habits, which can hardly be translated into reality.

This  technical meeting will concentrate on the history and presence of lighting of historic rooms, including a strong focus on problems and new technical solutions.